My brothers birthday is coming up. He turns 30 in 2 weeks or so. And the thing with my brother and his friends is that they like to do pranks on each other. When a friend of his turned 30 they wrote DIF and BAJEN on his lawn with grass-remover. Those are two soccerteams and, obviously, his friend don’t rout for any of them.

Ahwell. To the point. When my brother came home saturday night he found some odd things in his garden. First of all there was a large container of dirt in front of his car so he couldnt get it out. Then they had taken some wood from his stockpile and raised up his car. Then they threw a whole lot out on the lawn aswell. On the container it said “30 years”. I find this hard to explain in english so I’ll just post some pictures 😉 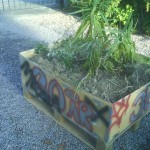 The container of dirt. 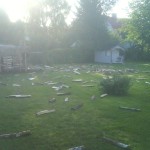 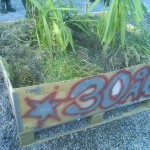 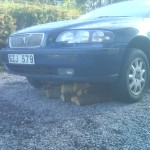 Nice to have friends! I did not enjoy it as much though. Since I had to help him fix everything back to normal. But hey, I’m his brother after all!